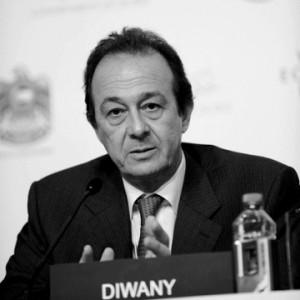 Sherif El-Diwany is the Executive Director of the Egyptian Center for Economic Studies (ECES), based in Cairo. He held several prominent positions in a number of international corporations and organisations, including advisory board member at EP Global Energy, Head of the Middle East and North Africa at the World Economic Forum, and Senior Vice-President for business development at Cotecna (Geneva). He was also CEO and founder of Public Interest Incorporated, which provided advice to several Middle Eastern governments and international development agencies such as the World Bank and USAID. He led the regional agenda for the Forum’s activities in the Middle East in education and corporate social responsibility. He worked with the Arab Business Council of the World Economic Forum. He holds a M.Sc. in Planning from the University of Houston and a B.Sc. in Architecture from Cairo University.