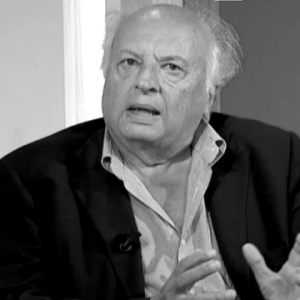 Paolo Matthiae is Emeritus Professor of Archaeology and Art History of the Ancient Near East at Sapienza University of Rome, and Fellow of the Accademia Nazionale dei Lincei (Rome), and of other leading European institutes. He has been Vice-President of the Sapienza University (2005-2008). He received the Ad Honorem Doctorate from the Universities of Madrid and Copenhagen. He was the Director of excavations at Ebla, Syria, from 1964 to 2010. He is the Chairman of the Scientific Committee of the International Congress of the Archaeology of the Ancient Near East. Among his recent publications: La storia dell’arte dell’Oriente antico. 2100-330 a.C., 3 vol (Electa, 1996-2000); (Co-editor N. Marchetti), Ebla and Its Landscape. Early State Formation in the Ancient Near East (Left Coast Press 2013); and a book on ISIS’ destruction of the cultural heritage, Distruzioni, saccheggi e rinascite. Gli attacchi al patrimonio artistico dall’antichità all’Isis (2015).