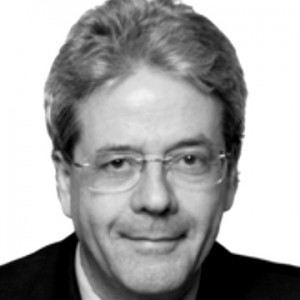 Paolo Gentiloni is an Italian politician, member of the Democratic Party and former Italian Minister of Communications. He is a professional journalist and holds a degree in Political Sciences. He became spokesman for the Mayor of Rome in 1993 and was Jubilee and Tourism Councilor in the Rome City Council. In 2001, he was elected Member of Parliament and was Chairman of the Broadcasting Services Watchdog Committee. Between 2006 and 2008 he was Minister for Communications in Prime Minister Prodi’s government. One of the 45 members of the National Founding Committee of the Democratic Party in 2007, he was re-elected in 2008 and 2013 to the Chamber of Deputies and has been member of the Committee on Foreign Affairs. He is currently Minister of Foreign Affairs and International Cooperation since 2014.