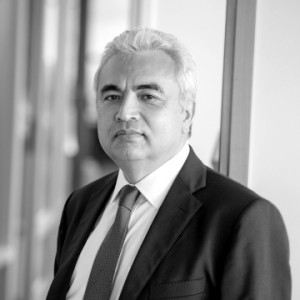 Fatih Birol took office as the new Executive Director of the International Energy Agency (IEA) in 2015. Well known and respected internationally for his work in the energy field, he joined the IEA in 1995. Prior to his elevation to Executive Director, he held the positions of Chief Economist and Director of Global Energy Economics, with responsibilities that included directing the flagship World Energy Outlook publication. He is also the founder and chair of the IEA Energy Business Council. Earlier in his career, he served in the Secretariat of the Organisation of the Petroleum Exporting Countries (OPEC). He has also been a member of the UN Secretary-General’s High-Level Group on Sustainable Energy for All and was named by Forbes magazine among the most influential people on the world’s energy scene. He received numerous awards from governments from all over the world.