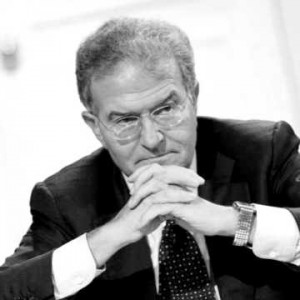 Fabrizio Cicchitto is the Chairperson of the Foreign Affairs Committee at the Chamber of Deputies. He was born in Rome on 26th October 1940. He graduated in Law. Since 1998 he has been a contributor to Il Giornale daily newspaper. In 1999 he joined Forza Italia and became a member of its Executive Committee. He was also in charge of the party’s unit for labour relations. He was elected to the Chamber of Deputies at the general elections of 2001. In 2003 he was appointed Deputy Coordinator of Forza Italia. He founded the Ircocervo magazine and is the President of the Reformism and Freedom think-tank. From 2008 to 2013 he was the Leader of the People of Freedom parliamentary group at the Chamber of Deputies. He was re-elected to the Chamber of Deputies in 2013 and became the Chair of the Foreign Affairs Committee. In November 2013 he was among the founders the New Centre-Right. He is the author of a number of books, essays and articles.