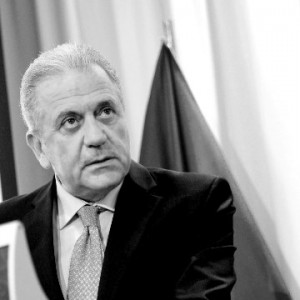 Dimitris Avramopoulos started his diplomatic career in 1980. In 1993 he was appointed Director of the Diplomatic Cabinet of the Greek Prime Minister, Costas Mitsotakis. In 1995 he was elected Mayor of Athens. In 2004 he was given the position as Minister of Tourist Development. Two years later he became Minister of Health and Social Solidarity. He also served two years as Minister of National Defence in 2011 and in 2013-2014. In 2013 he became Minister of Foreign Affairs. He is currently European Commissioner for Migration, Home Affairs and Citizenship.