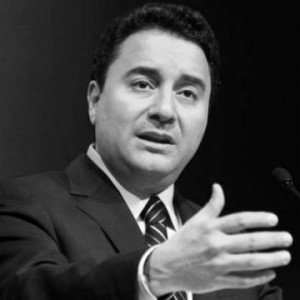 Ali Babacan was Deputy Prime Minister for Economic and Financial Affairs between May 2009 and August 2015. In 2001, he became a Founding Member and Board Member of the Justice and Development Party (AKP). At the general elections held in November 2002, he was elected to Parliament and appointed as the Minister of State in charge of Economy, a cabinet position he retained throughout the 58th and 59th Governments of the Republic of Turkey until August 2007. In addition to his tenure as Minister of State in charge of Economy, on June 3 2005 he was appointed as Chief Negotiator in Turkey’s accession negotiations with the European Union. Between 2007 and 2009, he served as the Minister of Foreign Affairs of the Republic of Turkey.