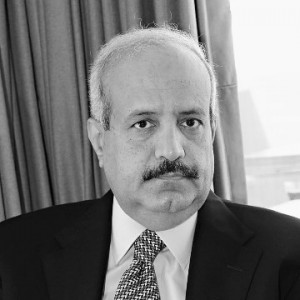 Mr. Adnan Ahmed Yousif holds a Master of Business Administration degree from University of Hull, UK. He was earlier with Arab Banking Corporation. He was the Chairman of the Union of Arab Banks (Lebanon) for two terms (2007-2013). Besides having received international awards such as the Islamic Banker of the Year award (in 2004 and 2009), he has been uniquely honored with the Medal of Efficiency, conferred by His Royal Highness King Hamad Bin Isa Al-Khalifa, of the Kingdom of Bahrain (2011). He also received the title of the CSR International Ambassador (Kingdom of Bahrain) from the CSR Regional Network. He has been President & Chief Executive of Al Baraka Banking Group (ABG) since inception, with its Head Office in the Kingdom of Bahrain. He is also the Chairman of many Al Baraka regional branches.