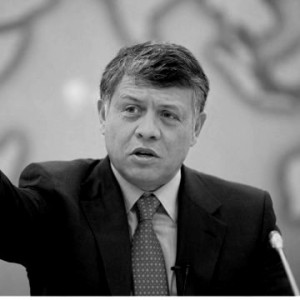 His Majesty King Abdullah began his education at the Islamic Educational College in Amman. He later attended St. Edmund’s School in Surrey, England, and concluded his high school education at Deerfield Academy in the United States. Later, he pursued advanced studies at Pembroke College, Oxford, and Georgetown University. After enrolling in the British Army in 1980, he returned to Jordan in 1985 to serve in the armed forces. In November 1993, Prince Abdullah became commander of Jordan’s Special Forces. In 1996, he was given the task of reorganising the Special Forces and other elite units into the new Special Operations Command (SOCOM). In 1998, as SOCOM commander, he was promoted to the rank of major general. King Abdullah II assumed his constitutional powers as King of Jordan on 7 February 1999.