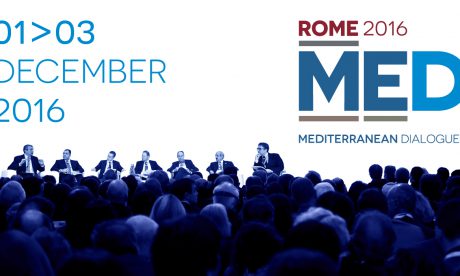 The Mediterranean has become the epicenter of international disorder. The region is now synonymous with conflicts, political instability, terrorism, and mass migration. Are we doomed to surrender to chaos? Certainly not. But we must act rapidly. Business as usual is no longer an option for the Mediterranean. We are called upon to define a long-term, comprehensive strategy to stabilize the region: this should become Europe’s new historic mission. Our first priority remains the defeat of Daesh and of violent extremism. At the same time, we have to look beyond the current turmoil, and imagine a new regional order, built through diplomacy, ownership, resilience, partnership, governance and co-development. The Mediterranean offers opportunities we should grasp. It is not just crisis, danger and instability. It is where Europe’s future happens. That is why we need to engage in drafting a positive agenda for the region. In order to pursue this goal, we should also consider Africa’s potential, whose challenges are strictly related to the Mediterranean.